This is a fun link-up I’m enjoying on a monthly basis, from Emily Freeman over at Chatting At The Sky. Love her blog, her book, her link-ups. Love that she’s also a mom of twins and that I have some teeny tiny connection to her through her friendship with my BFF, Katherine.

1. Roasting broccoli is delicious but fills the house with a pungent odor that lasts for days. Enough said. Don’t expect roasted broccoli if I ask you for dinner. 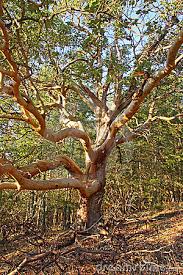 2. Arbutus is a type of tree. This may not rock your world as it did mine. Explanation: I’ve been using this word as part of an address to a friend I frequently write. And I had no idea it was a tree until coming across the word in the book below.

3.  North and South by Elizabeth Gaskell is not about the Civil War era as I assumed before picking it up. Actually it’s written in the Victorian era in England.

5. Hippos have built-in sunscreen. Thanks, Dr. Seuss’ PBS TV show, where I learned such interesting facts.

6. Foie gras is goose liver! (Thanks, Ann and Rikki for correcting my misinformation.)It’s considered a rare (and expensive) delicacy. That seems a bit strange to me, but I’ve never tried it myself.

7. A pound cake is named so because it required a pound of butter, sugar, eggs, and flour. (at least in its original version, which I found a recipe for here.) No wonder it’s so rich! My grandmother from South Carolina whose baking is fabulous enlightened me.

8. A two-night getaway with my husband feels like 400% more time away than one night. If you’re not sure, it’s a very very worthwhile experiment to undertake for your marriage, particularly if you have young children at home. It was the first time in the three years since we’ve had kids that we spent more than one night away. So wonderful to actually have a full day with no deadlines. But the adjustment back to reality … whew, rougher than I thought. I hope to write about that another time.

9. When preparing to speak at a retreat (when preparing any talk for that matter), inviting others’ input is immensely insightful and constructive. I am speaking at a women’s retreat in a few weeks at a local church, and after working for months on these two talks on wisdom, I felt stuck. I emailed a few friends to ask them to be a wisdom “think tank” for me, and many of them were in my living room discussing these talks over coffee the next evening. What a gift to have such friends and such collective wisdom!

5 thoughts on “what I learned in August”