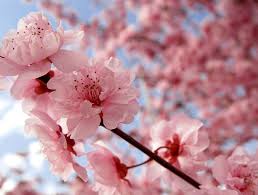 Restoration. I often feel like spring is a picture of restoration as the world’s life seems to be restored after the (apparent) barrenness of winter. With someone who is definitely affected by the dark, cold days of winter, I often feel like my heart awakens with spring every year. I love warmth and sunshine. This year’s long-in-coming-spring felt trying for me. But it came. And in that there is a hint of the Future Restoration all of creation is waiting for (whether they realize it or not).

A few weeks ago, I taught from 2 Kings 8:1-6 about a widow whose land is restored, and the way this seemingly obscure story is included in the Bible to speak to us of a much greater hope of restoration.

Parts of my talk are included below – praying you will be encouraged by the hope of restoration wherever you feel the longing for it most today.

Have you ever lost something very precious to you? Maybe not valuable in terms of price but irreplaceable because of what it was. While visiting my parents in South Carolina over Christmas, I lost the pearl ring my parents gave me for my 30th birthday. I didn’t realize I had lost it until we arrived back in Norfolk. I just assumed I had already packed it some place really “special” but couldn’t find it when unpacking. I searched through all of the usual places, multiple times. I called and asked my mom to look for it, which I assumed would be like looking for a needle in a haystack since it could have been anywhere. And it didn’t show up for weeks. I considered it gone forever. Imagine my relief and joy when I pulled on a pair of pants to find it comfortably lodged deep in the pocket. I felt like I had received it back again! Isn’t that what makes restoration almost better than the original gift? You had counted it as lost, and then it’s restored. Webster’s defines the verb “restore” as

This is a small, trivial example of something lost that’s been restored. What do you find yourself longing to be restored today? Maybe it’s the weight of relationships that are broken and feel lost forever – maybe with a parent, or a child, or a spouse, or a friend. Or maybe you are in the process of losing a home or a job due to financial stress, unemployment, or your new orders. Perhaps you are losing an entire way of life as you anticipate a major change on the horizon – whether it be a joyful change like marriage or having children, or bittersweet such as retirement or kids leaving for school or college. Maybe you find yourself in a much darker place than anything I’ve mentioned yet as you deal with the loss of someone close to you through death, or the loss of hope through miscarriage or infertility, or the lingering loss of childhood or innocence because of past abuse. And in all of these losses, what often accompanies them is a loss of faith or trust in God and his goodness. Is God going to come through for you when you feel like you’ve lost everything that matters to you – or if not everything, the one thing or person that mattered the most? Is restoration even possible?

Our story today says yes as it highlights God as the one who provides and the one who restores. As we think about it together, we’re going to look at God’s provision and restoration from three perspectives:

(1) God’s restoration for the Shunammite woman

In 2 Kings 8:1-6, we see a woman who experiences God’s provision and abundant restoration in her life. First, we need to do a little background on her life to remember her remarkable history. In 2 Kings 4:1-37, we are introduced to this woman who is wealthy and hospitable, building a room for Elisha to stay in when he passes through their town. She’s the woman who was given a son by God in repayment for her kindness after years of apparent infertility. And she’s the woman who loses her son unexpectedly at a young age to death, and then seeks Elisha’s help when he dies. What happens next is one of the greatest miracles in the Bible. She receives her son back when Elisha restores his life to him in a resurrection miracle. All of this happens before this chapter of her story begins.

It opens with bleak circumstances and yet we see the first evidence of God’s care for her: God’s provision of a warning. Israel is going to be hit with a seven-year famine (no small thing for an agrarian society), presumably as part of God’s desire to wake them up from their idolatry. This woman will be spared because she is given a warning by Elisha of what’s coming. We see her faith in her response described in verse 2, “So the woman arose and did according to the word of the man of God.” What she left behind was no small thing. We know that she was wealthy and that she was comfortably settled, and she leaves all of this behind to go live in the land of the Philistines (enemies of Israel). This would not have been a comfortable place to live by any stretch of the imagination.

Perhaps it helped that she knew it would only be seven years, for we see her journeying back after seven years. Her land and her home are now gone, and she must appeal to the king for it. What we see now is a second aspect of God’s care for her in his provision of perfect timing. As she enters the king’s court, the king “just happened” to be asking Gehazi (Elisha’s servant) to tell him about Elisha’s miracles. And Gehazi “just happened” to be telling him about the resurrection miracle when the woman herself walks into the king’s presence and Gehazi announces her, “…here is the woman, and here is her son whom Elisha restored to life.” The king is intrigued and asked the woman herself to recount the story. He is duly impressed, and as a result, appoints an official with the instructions, “Restore all that was hers…” and not only that, but also “all the produce of the fields from the day that she left the land until now.” This is abundant provision, over and above what she requested or expected.

What we see through this short narrative is a God who provides and who restores, caring for the needs of one individual woman and her family. Do you wonder why this particular story of this particular woman is included in the Bible for us? I find great comfort in the reminder that our God is a God who is in the business of restoration. And that our God goes about restoration one individual at a time. He is not only the God of global restoration of all things, but He is also the God who is in the business of restoring individual lives.

(2) God’s message of restoration for Israel

The original audience, Israel, were also sojourners like this woman, sojourners not by choice but by captivity. They must have wondered whether they would have homes and land to return to one day. Imagine what great comfort they would find through this story! For them, the sermon would have been something like the following:

(3) God’s promise of restoration to His people today

Those points are certainly not irrelevant for us today, who also live as spiritual exiles who are not home. If we think of the big picture of the story of what God is doing in history, we also are ones who have had a home that we left (the Garden of Eden). We are now in captivity to sin, to futility in our work and to pain in child bearing/raising. We are awaiting restoration of all creation and a perfect home with God who will make all things new. But we have even more hope as we wait than the Israelites did because we can now look back to Jesus Christ. Just as the woman’s restoration of her land hinged on the son restored to life, so does our restoration depend on the Son restored to life.

During Easter we particularly contemplate Jesus’ death more than any other time in the calendar year, and we also celebrate Jesus’ resurrection life as the high point of the church calendar. It is the highlight of Redemption – of God’s global Restoration story. For in Jesus restored to life, we all have hope that we ourselves will also be restored to life after death and that even now our hearts are restored from sin’s captivity. Jesus came to begin the process of returning all things to their former/rightful condition, place, and position. With his death and resurrection life, He promises to bring back and reinstate all those who believe in him to a place of unbroken relationship with their Creator. The ripple effects of such a restoration are to be seen and experienced most vividly in our restored relationships with one another and in our joint restoration efforts to restore cities, communities, all of creation to its intended glorious state.

What could this really look like for you and for me as we face the death of friends, financial difficulties, life stress, overbooked schedules, health problems, broken relationships?

God agrees that your life and this world is broken, it is far from his original intent and the glory it was created to display. Don’t let the brokenness keep you from seeing the perfection of the God who created it all to be good, and who is on a global renovation/restoration plan to make it so again.

Don’t let the weight of your sin keep you from experiencing the restoration of grace and forgiveness guaranteed by Jesus Christ.

Remember who we were created to be and what the world was created to display, and mourn how far we have all fallen. But dare to hope and pray and work with the God who is in the business of restoration.