I continue reminiscing about Christmas past (mainly because I’ve not had time or mental energy to come up with a new Christmas meditation for this year – maybe this next week? It promises to be quiet … no more Christmas parties or Christmas cards left to be mailed after this weekend.)

Life situation: Seth was in his final year of seminary; we were wondering where we would be moving once graduation came in May 2009; I was still working at two churches doing counseling and pastoral care (respectively); we had our first “informal” interview in Norfolk at the church where we were going to end up.

The Most Wonderful Time of the Year – or The Most Stressful? 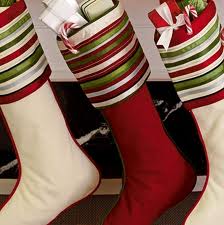 Christmas stockings hung by a crackling fire. A mug of a hot steamy beverage — like hot cocoa or apple cider. Peaceful Christmas carols playing in the background. The cheerful hum of conversation with beloved friends and family. Twinkling lights from an evergreen tree decorated with ornaments spanning the decades. Children’s choirs singing. Goodwill and cheer.

Or frantic shopping for the relative who always disdains whatever you buy. Addressing card after card after card … to friends you only contact once a year with exchanged annual updates and Christmas pictures. Trying to fit in every party. Wrapping gifts incessantly. A higher level of stress and angst.

Which describes this season for you? And is the first paragraph merely an ideal we all hope for but will never obtain? If you live in paragraph two, how can you move to paragraph one? Is it possible?

I had a conversation with a good friend last week, and she told me that she wasn’t doing all of the stress this year. She was going to emphasize what was important, and she’s intentionally spending time going out with friends rather than wandering aimlessly in the mall for hours looking for gifts for people who don’t need anything. Another friend decided with her husband that they weren’t sending Christmas cards this year — and they both felt instant freedom in this. More time freed up to do what’s actually important. I’ve known people who gave generous year-end gifts to charity instead of spending exorbitant amounts of money on gifts to family. (and who needs it more, really? especially this year!)

Now I’m not saying that buying gifts for family and friends or sending out Christmas cards is essentially stressful or moves away from the meaning of the season. I’ve done both — and actually had fun doing it — but I am asking you how you make it the most wonderful time of the year instead of the most dreaded. Ideas? Thoughts? Tell them — for the good of all of us!